Growing up as a very privileged child, Alicia Guastaferro was never deprived of anything. She was lavished with the best gifts, regularly won beauty pageants, and one day while in her dance class overheard the teacher asking if any of the students wanted to be on a reality TV show called Wife Swap. Being 15 at the time and thinking that being on a reality show would be cool, Alicia signed her family up, and soon they were on the show. Right after the show aired, however, all that bright-eyed enthusiasm was nuked.

After seeing how spoiled she appeared to be, something that she denied, Alicia received cascades of hate mail that ranged from vitriolic to flat out frightening. Someone cherry bombed her mail box. Her social life was ruined. “Being on a reality show was the worst mistake of my life,” said Alicia. 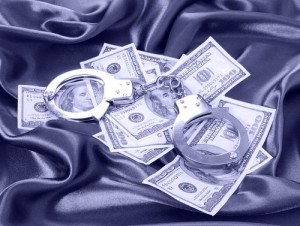 Alicia Guastaferro, the Wife Swap Hooker, claims that she is not a hooker.

Fast forward a few years to this past August, a few days short of Alicia Guastaferro’s 21st birthday, and she had another controversy on her hands. Tabloids such as TMZ were calling her “The Wife Swap Hooker,” after Alicia was arrested at a highway rest stop in a running car, passed out drunk and slumped over a man that wasn’t exactly her age–54, according to TMZ. It gets better, though. She told the cops that the man regularly paid her for favors of prurient interest, as well. Oh, boy.

Dr. Phil: The Story of The Wife Swap Hooker

Alicia Guastaferro was 19 when she met Jimmy. He made her feel like “a little princess.” A few weeks before she turned 21, Jimmy asked Alicia if she wanted to celebrate her 21st birthday a little ahead of schedule. Despite saying that she wasn’t 21 yet, she had three after-dinner martinis at an Italian restaurant, followed by a shot of whiskey and two more martinis at a bar. Not a bad night for you average drinker–until you throw in the fact that she was on prescription medication at the time.

Needless to say, she did a little time travelling and woke up to state troopers pounding at her door the next day. She was promptly charged with prostitution, criminal impersonation for the fake I.D. she had with her and possession of controlled substances for all the prescription medication her mom put in her purse earlier that night.

Dr. Phil: Alicia Guastaferro – “I Am Not A Hooker”

Despite the charges and the fact that she told police she accepted money for favors that you don’t talk about at the dinner table, Alicia Guastaferro says that she is not at all a hooker. After painting a pretty morbid picture of Jimmy Doyle, the lawyer she was sleeping with, Alicia went on to say that with the prescription medication, she doesn’t remember saying any of those things to the police about getting paid $500 to $700 a night to sleep with Jimmy.

As for why she would even say that to begin with, alcohol or not, Alicia said that she can make quite a fool of herself when she’s drunk and she can be awfully repetitive. Being an exotic dancer at the time and making– wait for it–$500 to $700 a night, she probably crossed a few wires. Seems to be a pretty legitimate explanation. What do you think?