Home > Pregnancy
When you buy through our links, we may earn an affiliate commission. As an Amazon Associate we earn from qualifying purchases. Learn more.

Dr. Oz shared his adventure helping to deliver a baby girl at Morgan Stanley Children’s Hospital. The expecting mother was named Rosanna and she had already been in labor for 24 hours when Dr. Oz arrived on the scene. Rosanna was dilated nine centimeters at that point. When Dr. Oz talked to her, she said she was very excited to see her baby. It was her first child. Dr. Oz said he had four children and every one of them is a miracle. When Dr. Oz talked to father Francisco, he said he wanted a second one, but Rosanna said the first one was painful enough. 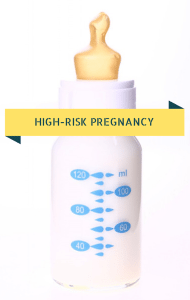 Dr. Oz helped deliver a baby girl. The mother had a long labor and some serious pregnancy complications, but ultimately, the healthy girl came out okay.

But then Dr. Oz learned some disturbing news. Rosanna’s water broke before she went into labor, raising complications for both the baby and the mother. Because her labor was so long, she was now at risk for infection. This made it a high risk pregnancy.

To help her along, they adjusted the bed a little bit. The baby started to move on its own, headfirst down the birthing canal. This ended up being a problem, because the baby’s head became stuck at an ankle behind the pelvic bone. The doctors used forceps, something rarely used nowadays, to help the baby come out in a healthy way and move the head toward the middle. If this didn’t work, Rosanna might’ve needed a C-section, which would have entailed pushing the baby back up the canal since the baby was already halfway down.

But ultimately, the baby was able to come out with the help from the forceps and Rosanna and Francisco were able to say hello to their new daughter, Charlize.

Rosanna, Francisco, and Charlize came by Dr. Oz’s studio. Charlize was sleeping and Dr. Oz said she was very beautiful. Rosanna said she loved her daughter very much.

Dr. Oz also welcomed Dr. Annette Perez-Delboy, the doctor in charge of delivering the baby, who said that her hospital was very well-prepared for mothers like Rosanna and they’ve had much more complicated pregnancies than the one that Rosanna went through. For them, this was just another day at the job.