The Doctors began a brand new year with some advice that could change your waistline, especially if you have a New Year’s resolution to change your diet or exercise habits. Learn about four shocking reasons you aren’t losing weight to see whether one of these obstacles is slowing you down. 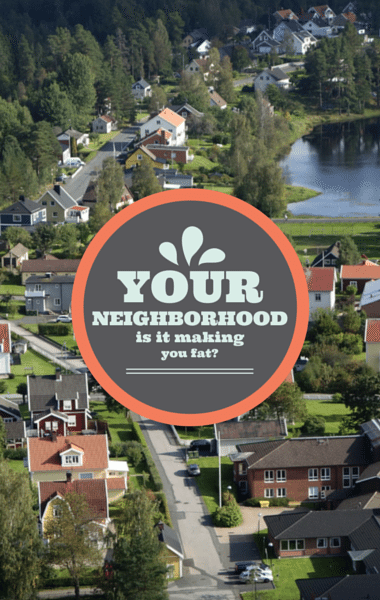 What does your neighborhood have to do with your waistline? The Doctors revealed your location as one of four shocking reasons you aren’t losing weight. (simonalvinge / Shutterstock.com)

Dr Jim Sears revealed the first culprit, Restaurant Menus. Restaurant Menus are designed to manipulate diners with design tactics such as pictures, special boxes, and eye-catching type. Instead of falling into these traps, Dr Sears suggested asking the server to recommend something as a light dinner.

This is especially important if you are someone who dines out regularly. Get in the habit of making conscious choices that will help you move toward your long-term goals.

The Doctors: Allergies Make You Fat

Dr Andrew Ordon talked about another reason you may be struggling to lose weight: Allergies. The Doctors explained that allergies can sometimes keep sufferers indoors, which may mean they are less active.

But Allergies can also zap your energy, leaving you with less drive to complete a workout or get to the gym, especially if you are taking antihistamines. Antihistamines and some other allergy medications can make you drowsy, while also fueling your appetite.

If you are an allergy sufferer, try not to keeping eating more to get the taste, because you could wind up affecting your waistline in the long run.

The Drs TV: Your Gums Make You Fat

What about your oral health? Dr Rachael Ross said this is another reason you may have trouble losing weight. It is very important to take care of your teeth and especially your gums. Otherwise, you can set off inflammation throughout your body, as well as increasing your risks for Heart Disease and Diabetes.

The Doctors: Your Neighborhood Makes You Fat

Your neighborhood could also be standing in the way of helping you lose weight. Statistic show that children who do not live near a park tend to have a higher weight than those who do live within walking distance. If you don’t have sidewalks in your area, that can also limit the amount of walking you are likely to do as part of your routine. Consider parks in an area as well as a neighborhood’s walkability score when you are researching your next move.

What is the most surprising weight loss barrier on this list?

Here’s what else The Doctors spoke about during the show.