If you didn’t have time to catch all the day’s talk shows, you missed a lot. October 8 2012 episodes featured Aisha Tyler’s beauty secret, her Anti Aging Shake Recipe. Emeril Lagasse shared the gluten free recipes he created for his daughters. Plus, find out what Colin Farrell and Scott Baio are up to now. 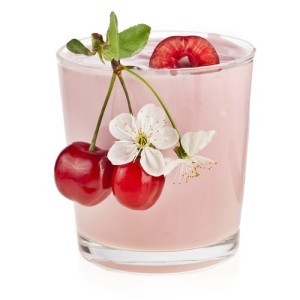 From The Talk, actress and comedian Aisha Tyler visited The Doctors to talk about her youthful appearance. How does she stay looking so young? She explained what convinced her to give up sugar and shared her Anti Aging Shake Recipe on the show.

What if you are a world-renowned chef and you learn that your own family can’t eat some of your favorite recipes? That’s what happened when Emeril Lagasse learned his daughters have Celiac Disease. But this setback inspired The Gluten Free Table, a new cookbook, and he showed the GMA team how to make cake and pizza recipes from his book.

Colin Farrell hung out with Ellen to talk about his new dark comedy, Seven Psycopaths. Of course, Ellen tried to give him a scare, but did her latest scheme backfire? Find out who else is in the new movie and what Colin said he’s not afraid of.

Wrestling star John Cena is probably not the first face you think of when the topic of Breast Cancer arises. So what is he doing promoting the cause in a talk show appearance? He explained his personal connection to cancer, and what he is doing to help.

You remember Scott Baio as one half of the iconic TV romance in Joanie Loves Chachi and later as the star of Charles in Charge. Now he’s found his way back to TV in the upcoming series See Dad Run, and he explained his new gig to the ladies on Today. Plus, get his thoughts on the stark rumors surrounding his former co-star, Erin Moran.

Here are today’s full recaps for your favorite talk shows.