Kelly & Michael returned for a new season this week, and there were plenty of great guests and surprises in store now that summer is coming to a close. From saying goodbye to Joan Rivers to doing the Ice Bucket Challenge and running a Tough Mudder course, it was a busy start to another year for the dynamic hosts. 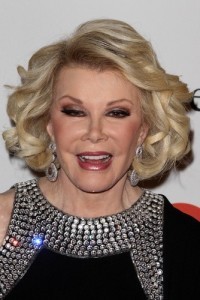 Kelly & Michael paid tribute to Joan Rivers, who passed away at the age of 81. (Helga Esteb / Shutterstock.com)

Comedy legend Joan Rivers passed away this week at the age of 81 after complications from a surgical procedure. The Live! family paid a brief tribute to Rivers, a frequent guest and longtime friend of the show, the day after her passing.

One of the hottest topics on social media this summer was the ALS Ice Bucket Challenge. Kelly Ripa, Michael Strahan, and executive producer Michael Gelman shared their videos from over the break, in which they each put their own spin on the challenge.

Nick Carter of Backstreet Boys and Jordan Knight from New Kids on the Block have teamed up as the musical duo Nick & Knight. They visited Kelly and Michael with a performance of one of their songs and news about their fall tour.

Ricky Ubeda So You Think You Can Dance Performance

The winner of this summer’s edition of the reality competition So You Think You Can Dance visited the show to demonstrate his remarkable moves. The hosts couldn’t believe it, and it obviously takes a lot of talent to be able to dance like that!

–> Live!: Ricky Ubeda So You Think You Can Dance Performance

Tough Mudder is a popular group fitness and training event that is held around the world. It involves an obstacle course that will push you and your teammates to the extreme, with challenges that include crawling under barbed wire. Find out what happened when Kelly and Michael attempted the course with friends.