Whether you want to get fit with the latest workout gear like Pyle underwater headphones, or want to catch up on the latest shows, such as the Matthew Perry sitcom Go On, you can do it all with these popular segments from this week’s TV talk shows. 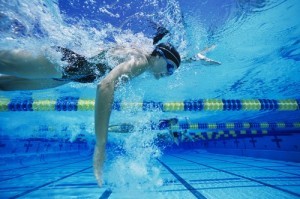 Find resources from January 2013 talk show segments on Pyle underwater headphones, the My Migraine Triggers app, and the cost of a baby’s sonogram party.

Have you ever thought about getting a workout in the pool, but wished you had some tunes to keep you company underwater? Now there are Pyle Waterproof MP3 headphones you can wear in the pool. They are just one of the great gadgets featured on Kathie Lee and Hoda’s fitness show.

Ex-American Idol contestant Jordin Sparks went through a rude awakening after her shot to stardom. From high school to Broadway, her life had suddenly become a whirlwind. Find out how she copes with chronic headaches using the My Migraine Triggers app and how much weight she has lost recently.

The Talk: Matthew Perry Meets Chevy Chase & Go On Vs The Good Wife

Former Friends star Matthew Perry visited the women of The Talk to discuss his new show, Go On, and meeting his comedy idol, Chevy Chase. He also spoke about how his sitcom gig affected his recurring role on The Good Wife, and his friendship with Julianna Margulies.

The Talk: Matthew Perry Meets Chevy Chase & Being Cast In Go On

Rob Lowe is returning to Lifetime in a movie about the shocking and controversial Casey Anthony murder trial. Find out what he thinks about the movie and see what he had to say in response to viewer tweets during the show. You can see his movie, Prosecuting Casey Anthony, January 19 2013 on Lifetime.

Good Morning America showcased an interesting new trend that may be the next evolution of baby showers. They are called sonogram parties, and they allow guests to get a live look at the baby while it is still in the womb. Do you think this is a fun idea, or should it be a private moment between parents?