Dr. Oz told the stories of three women who each lost over 100 pounds and now look great in their bathing suits. What’s their secret? Read on!

It turns out a lot of people are afraid of going to the beach during the summer because they don’t like showing off their bodies. Self-criticism and feelings of not good enough prevent them from going out. Although there are a lot of ways to get over a negative self-image, if your weight is troubling you, you might be inspired by the stories of these women. 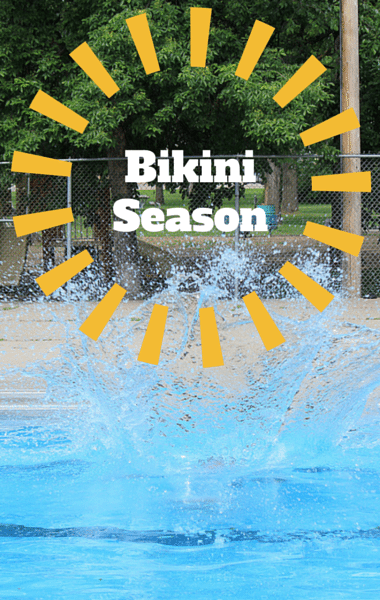 Dr. Oz talked on his show about three women who had incredible weight loss transformations, including a woman who lost 155 pounds dancing. (lindseygee / flickr)

First, Sue was 299 pounds as a mom of two. Her blood pressure was very high and she would cover up her body all summer long. But now, Sue has lost 140 pounds and looks great.

“You went from not being able to wear a bathing suit at the pool, to wearing it on national television. That’s pretty cool,” Dr. Oz said.

“I would have never thought that,” Sue said.

She said it took her two years to lose the weight and she’s kept it off for the last eight years. She said she realized she was tired of hiding all the time and that’s what made her want to lose weight.

Sue is a fitness instructor now and she said eating protein was her weight loss secret. The protein helps keep her energy up all day long and helps her feel full. She eats things like yogurt, hummus, chicken wraps, and salmon.

Maria once weighed 293 pounds, but at 22, she was diagnosed with Type II Diabetes. Instead of going out with friends, she hid at home. After losing 100 pounds, Maria now looks great. Maria said she wanted to share her story because she missed out on a lot of great opportunities because she was afraid of how she looked.

To lose the weight, Maria cut out refined carbs. She said she used to love pasta, mac and cheese, and other foods like that. She slowly weaned herself away from these.

For instance, instead of eating sugary cereal, she started eating oatmeal and fresh fruit. Instead of a burger and French fries for lunch, she had sweet potato fries and a veggie burger. She became a vegetarian as well to lose weight. Another trick was replacing soda with water.

Finally, Alena used to weigh 310 pounds. She was uncomfortable in her body and tolerated a lot of aches and pains. She was denied life insurance because her cholesterol was dangerously high. Her husband, who is a physician, told her he worried she would die unless she changed her habits.

Alena wanted to watch her children grow up, so she turned to exercise to transform her life and body. Today, Alena looks incredible. She lost 155 pounds and she’s kept it off for almost two years.

Dr. Oz: Dance Off the Pounds

Alena said she couldn’t keep up with her children before, but now she can do it. She can go on rides with them and run around with them and it’s fine.

Her secret was she danced off the pounds. She started working out at the gym, but one day she saw a dance exercise class and decided to start dancing instead. “Dancing is exercise in disguise. And now I’m a zumba instructor and I teach the zumba class,” Alena said.

Alena and Dr. Oz danced together on the show and it seemed like a lot of fun.