Dr Oz: Stomach Cancer – The Cancer That Is Eating You Alive

Stomach cancer has been called the silent killer that has come back with a vengeance.  Since 1960, the cases of stomach cancer have dropped, however, in 1993, this cancer has returned and is on the rise.  This increase has mystified the medical community, so much so, Dr Oz wants you to put it on your radar today!  Years ago, this condition used to be associated with older men who smoked and drank.  That is no longer the case.  Previously, stomach cancer was most prevalent in African and Latino Americans, but since the mid 90s, doctors have seen a steady increase in Caucasian women. 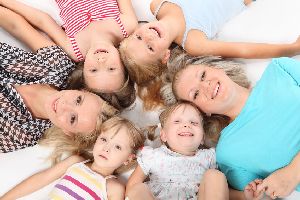 She was first told it was stress.  She constantly had the feeling of food getting stuck in her throat.  Over time, her symptoms became worse.  She had night sweats and black stool.  She went back to her doctor and had blood work and an ultrasound and then finally an endoscopy.  This was when she find out she had stomach cancer.  Debbie suggested that people should be their own advocate and keep pushing until they have an answer.

Lisa, 48-years-old, had night sweats and trouble swallowing.  She went to her doctor and after several tests, found out she had stomach cancer.

Melani, felt an intense pressure in her abdomen.  When she went to the doctor, she was told it was due to stress.  Other women were told they had IBS (Irritable Bowel Syndrome) or ulcers.  It took one woman 5 years to get a proper diagnosis and was then told she had 6-9 months to live.  Her endoscopy indicated that she had Stage 4 cancer.  Like breast cancer, some women who carry this cancer-causing gene opt to have their stomachs removed to help prevent getting the cancer.

Diane, a 54-year-old woman, carried the gene that caused stomach cancer.  Six of her dad’s brothers and sisters died from stomach cancer.  Doctors told her that she had an 86 percent chance of dying from this disease.  She decided to have her stomach removed.  When Doctor Oz asked how her life was since the removal, Diane stated that life was a “new normal.”  She had to do things like chew her food 25 times or it will come back up.  She also had to eat 6 meals per day instead of 3.  In other words, she had to live healthier.  (Which is what we should be doing anyway.)

Dr Oz introduced Dr. Robynne Chutkan, MD and Dr. Peter Kozuch, MD, to explain the symptoms of stomach cancer and how it forms.

Dr. Chutkan stated that this type of cancer is on the rise because people’s eating habits have changed and infection rates have increased.  Some symptoms of stomach cancer include:

Dr. Chutkan was quick to note that most people that have indigestion do not have stomach cancer.  If you have, severe symptoms, you should get that checked out by your doctor.  Also make a doctor’s visit if you have rapid progression of symptoms.

The stomach hangs behind liver and above colon and is shaped like a backward C.  When you eat food, it moves along the esophagus to the stomach.  The stomach has different layers to churn and secrete acid for digestion.  Food enters into the stomach but cells can become damaged and destroy healthy tissue.  This wreaks havoc on your body.  Stomach cancer can form inside your stomach and can then move to other organs.

Dr Oz had Debbie put on the gloves and feel a normal stomach.  Debbie stated it was thin and coarse.  Dr Oz then showed a stomach containing cancer.  (It actually looked like chewed up and spit out food.)  Debbie felt it and stated it was very thick.  Doctor Oz turned over the cancerous stomach and showed a blackened, bumpy area, where the cancer had originally formed.  Dr Oz says that if the cancer has spread, you may have to take out other organs and tissue surrounding the stomach in order to have a better chance at survival.

-Cured smoked and processed meats- It’s the chemicals used (nitrates) to process the meat, not the meat itself.  Nitrates react to muscle tissue in the meat when it’s cooked.  There are no FDA regulations to tell us how much nitrate is okay to eat.

-Salty , fermented foods- This includes pickles, beers and soy sauce.  In populations where we see a lot of stomach cancer, more than 9 g of salt are taken in the diet per day.  The allowable amount is in the 5 g range.

-H. Pylori bacteria—Half of us are infected with this bug, but most are asymptomatic.  It burrows through protective mucus layers and can damage the walls.  The majority of people who have H. Pylori are not going to get stomach cancer.  (That’s good news.)

-Family history- The breast cancer gene means an increase in stomach cancer too.  They are tumor suppressor genes, which are made to correct issues.  If there is a defect, you are more predisposed to breast cancer and stomach cancer.  Some with this gene opt to have the stomach removed.

Are You High Risk?

The good news is that only a small percentage of stomach cancers are inherited.  Look at your family history carefully.  If you have relatives that were diagnosed with stomach cancer before age of 40, or multiple family members who’ve died from stomach cancer, go for genetic counseling to see if this mutation will be present in you.  You can also simply ask your relatives of the family history.  Go to your doctor to see if you carry H. Pylori.