Dr. Oz talked to Shana, a woman who calls herself the only fat person in a thin family. She’s been overweight her whole life and feels like she looks different than her sister and her mother. She always suspected she was adopted because her sister did gymnastics and Shana played softball. Her mom is a size 0, her sister is a size 4, and Shana is a 14 on a good day. 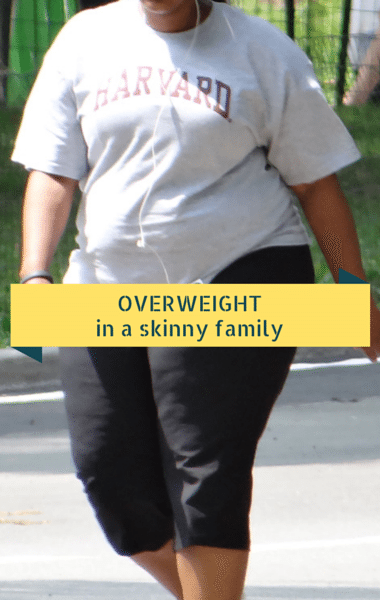 Dr. Oz talked to the stars of ‘Botched’ about pumping parties, the dangers of breast augmentation, and what happens when an implant ruptures. ([email protected] / flickr)

Shana said her mom and sister can eat whatever they want and never gain weight. Meanwhile, when they eat dinner together, they’ll ask her if she’s sure she wants that extra chicken wing.

Shana said every time she’s tried to lose weight, she’ll lose 10 pounds and then hit a plateau. She feels alone in her weight struggle. Shana feels that if she was able to lose the weight, she’d feel healthy in her mind and her body.

Dr. Oz: Inflammation in the Body

Shana said it’s isolating being the only person in the family going on a diet. Shana said that when she loses 10 pounds, she’s still 50 pounds heavier than her pregnant sister. This depresses her and makes her eat more.

Dr. Oz took Shana to the Truth Tube. He told her most of her numbers were okay, but there was one he was worried about. There’s a number called C-Reactive Protein (CRP), which is how we measure inflammation in the body. It’s supposed to be less than 1, but Shana’s number was 16.2.

Dr. Oz explained that this means she has a lot of inflammation in her body, but it’s correctable if she changes her lifestyle.

Dr. Oz said that when she falls off her diet, she feels more alone than any other time. It’s her lowest moment. Dr. Oz asked her if she believes in herself. Shana said when she sees a picture of herself, she doesn’t believe that’s her. She feels like there’s a healthy, fit girl inside of her.

She’s only 30 years old, but she did lose her grandmother to diabetes and she has heart disease in her family. She’s single and doesn’t have kids. She wants to lose the weight.

Dr. Oz: How to Lose Weight

Dr. Oz introduced her to a radio DJ named Elvis Duran, who has always been open about his weight struggles. Elvis said he wanted to be there to help Shana because he’s been on this journey.

Elvis said he never felt sad when he was overweight. He said it’s important not to let your weight problem define who you are. He said that’s not who anyone is. For Elvis, it was his health issues that made him change. He tried diets and working out and it didn’t work for him. He ended up having a bariatric surgery to lose the weight, but he’s still on a diet and on that journey.

Elvis had a special plan to lose weight for Shana to follow.