Dr Oz has had his wife, Lisa Oz, on the show in the past. He’s also talked about his family, but did you know that his daughter, Daphne Oz, is a TV star in her own right? She is one of the co-hosts on the foodie talk show The Chew, airing weekday afternoons on ABC. Daphne Oz and the cast let Dr Oz’s crew behind the scenes for an inside look at their show.

Dr Oz brought the cast together for a chat about the goings on at their lunchtime chat fest. I want to know why Clinton hasn’t talked Mario out of wearing Crocs all the time. They’re gross, and Dr Oz could probably tell you how bad they are for your feet.

Mario Batali said that this ban could instill better habits and choices in people. Dr Oz was surprised that he was in agreement with this policy. But Mario pointed out you can always order multiple sodas, though he doesn’t think that most people will.

Clinton said that maybe there should be a label on sodas, similar to cigarette warnings, such as that drinking lots of sugary beverages could lead to Diabetes. Daphne said that the key should be making it easier to make healthy choices in our lives. 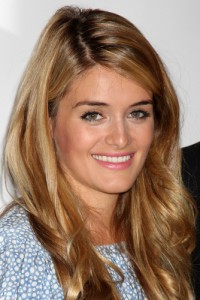 Dr Oz asked The Chew team about fast food pairings, where places like Burger King suggest menu items based on your preferred soda (like wine pairings at a fancy restaurant).

Michael Symon said he hasn’t drunk a soda in 15 years, and he doesn’t think soda and wine would equate to the same pairings. In defense of The Chew’s sometimes decadent recipes, he said the show teaches viewers to cook from scratch, which is healthier than buying processed foods.

Carla Hall chimed in, saying that you have the power to control your sodium and all the other ingredients when you are cooking for yourself.

Dr Oz asked Carla about the recent CDC findings that children have higher sodium these days, just like their parents. Carla said the blame is on the parents for not taking charge of their kids’ healthy diets.

“If those parents would actually cook from scratch, I bet those kids wouldn’t have the same problems,” she said.

Michael said that fresh herbs add flavor to a food, whereas salt is a flavor enhancer. He wouldn’t give in to Dr Oz’s idea that you swap herbs for salt.