Dr. Oz talked today about what transgender really means. Bruce Jenner is an Olympic gold medalist and star of Keeping Up with the Kardashians. But now he’s been speculated to be transitioning to a woman. This would make him one of the most high-profile celebrities to transition in the spotlight. While Bruce has stayed silent about his journey, his mother Esther has said she’s more proud of Bruce now than for winning Olympic gold. 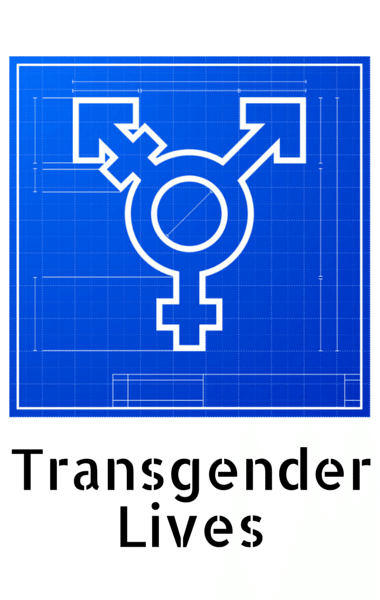 Dr. Oz talked to a transgender woman named Tina, who spent 40 years of her life trapped in the body of a man, in order to discuss what transgender means. (phoelix / Shutterstock.com)

But he’s not the only transgender person in the public eye. Actress Laverne Cox is the first openly transgender person to be nominated for an Emmy for her role in Orange is the New Black. The critically acclaimed show Transparent, about a father transitioning into a woman, has also scored two Golden Globe awards.

Transgender history was also made recently when President Barack Obama became the first American president to acknowledge the transgender community in his State of the Union address.

Dr. Oz wanted to help answer questions about what transgender means and why some people transition later in life. He told the story of Tom, who married his wife Mary 16 years ago. They blended their family and raised their children from previous marriages together. They considered themselves soul mates.

But Tom secretly felt inner conflict about his gender identity since childhood. He felt like a woman born in a man’s body. As the years went on, his feelings intensified. He internalized the emotions and excelled in sports, academics, and later his career.

Five years ago, Tom’s struggle intensified when he began to become increasingly suicidal. He decided to face his truth and begin living life openly as a woman. Tom transitioned into Tina to his friends and family.

A year later, she came out at work and in public. Tina and Mary are still married and are navigating their new lives along with their children.

Dr. Oz talked to Tina on his show. Tina said her feelings started when she was around four. That’s when she first became aware something was wrong. Over the next 40 years, she struggled with wanting to be a woman and living as a man.

She tried everything to get over her struggles without transitioning. She tried therapy, taking supplements, prayer, and a lot of other possible solutions. One night she was very close to suicide and felt very despondent. She realized she needed to redefine victory in conquering this gender issue. Instead of fighting her desire to be a woman, she decided to accept it.

Tina said she worried she would lose her wife and her kids because of her decision. Tina said that she would have held it off if she thought she had a choice, but she felt she had to live authentically. She said her wife Mary agreed that she was going to lose her one way or the other and Mary would rather stay with her this way.

Dr. Oz: Does Transitioning Have a Biological Cause?

Dr. Oz talked to Tina’s doctor Dr. Christine McGinn, who is transgender herself. Dr. McGinn said that most experts believe being transgender is biological in nature. There’s been a lot of research that points toward biological causes, including brain studies.

“I would almost bet my reputation as a surgeon, having seen so many people transition from different countries and different cultures, the process is always the same, no matter where they come from. And that to me speaks to a biologic cause,” Dr. McGinn said.

Dr. Oz: What Does Transitioning Mean?

Dr. McGinn said when someone wants to transition, they’ll hopefully find a therapist that will make the diagnosis of Gender Disphoria and give them the tools to transition.

Dr. McGinn said that since gender is a self-ascribed entity, people have different ideas of what that means to them. This means some people might remove their Adam’s apple, which could be enough for them. They might also have the gender reassignment surgery if that makes them feel more like they feel inside.

Tina had her own operation about a year ago. She said it felt wonderful. “The surgery itself just felt like surgery. But afterwards, I just felt complete. I felt I didn’t have to avert my eyes or kind of squint when I looked at myself. I was just me. I love the phrase ‘gender confirmation surgery’ because it really…I felt confirmed, physically,” she said.

Dr. Oz later talked to Tina’s family about how they reacted to Tina transitioning from a man into a woman.