Dr Oz was with the biggest names in talk show history: Sally Jessy Raphael, Montel Williams, and Jerry Springer. He wanted to take a page out of Jerry’s book with his Final Thoughts. He first turned to Jerry for his advice on how to get back on track. First, stay off his show. Second, always be authentic. He also makes a point to say on his own show that you should take care of yourself but also take care of each other. 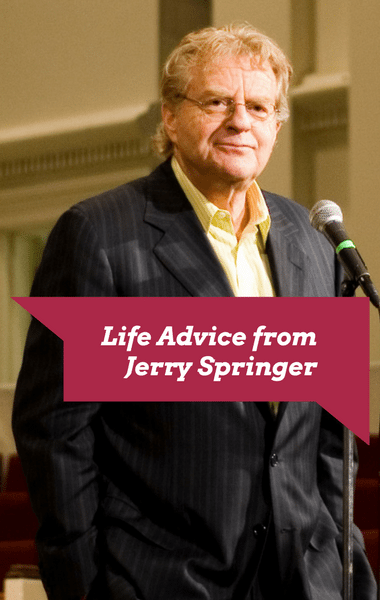 Dr Oz heard from Jerry Springer, Sally Jessy Raphael, and Montel Williams about what they have to say to those looking for a little advice. (nrbelex / Flickr)

Montel then advised everyone at home, before they go to bed at night, to think about three things they did that day that are worth talking about tomorrow. He then writes those three things down and then when he wakes up, he looks at those three things so he can start his day with success.

Finally, Sally advised everyone to have a good group of friends because they will always tell you the truth.