Dr Oz welcomed three doctors to his set, but allowed them to be obscured so that no one would know who they really were. While on the show, they revealed secrets from their own offices and hospitals, to show viewers what really happens when they can’t see their doctors. Then, Dr Oz sat down with a woman who was able to go from rock bottom amidst a heroin addiction, to a successful and peaceful life as a wife and mother of three. 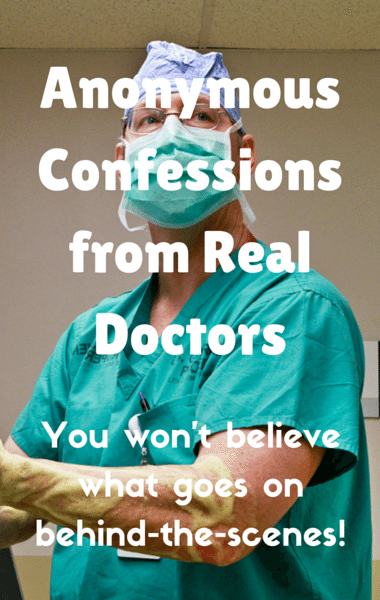 Four anonymous doctors revealed a few secrets to give patients insight into what goes on behind-the-scenes at offices and hospitals. (armymedicine / Flickr)

Do you know what your doctor really writes on your chart? How about why doctors are always running behind? Would you believe doctors actually have secret code names they give to their patients? All those things and more were revealed during a packed segment of Dr Oz!

Sheryl Underwood then joined Dr Oz to open up about hormone replacement therapy and why women should consider it when going through menopause or even right after menopause. Then, she discussed recent news that women are now drinking more and more often than men, when compared to a decade ago.

More often than not, someone deep in the throws of drug addiction doesn’t have a happy ending. But for one blessed woman, she got the happy ending she certainly never expected. Her name is Tracey and she opened up to Dr Oz about how her life spiraled out of control, what happened when she hit rock bottom, and how she managed to crawl her way out of the deep, dark hole her life had turned into.