If you’re embarrassed by cellulite on the back of your legs, there’s a good chance you’ve at least thought about trying products or procedures that claim to reduce the appearance of dimpled skin. That’s precisely why Dr Oz wanted to find out if popular options really work. He enlisted the help of Tia Brown in hopes of digging deep to find the truth. 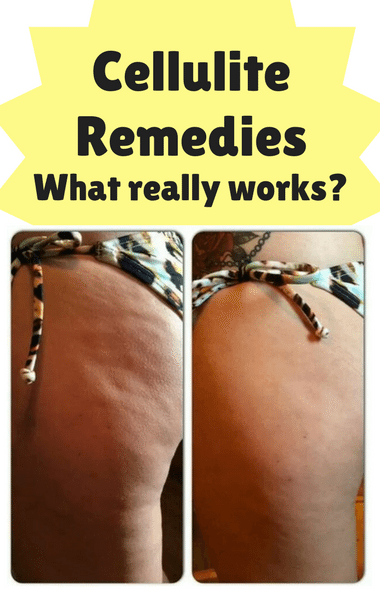 Dr Oz took a closer look at popular cellulite treatments and products to find out which ones are really worth your money. (kendradeann / Flickr)

Tia began by looking online at reviews for a popular procedure that claims to help reduce the appearance of cellulite. Shockingly, Tia came across one review from 2015 of a person who claimed they had to go to the emergency room seven days after the procedure with unbearable pain. She was told to take ibuprofen but the ibuprofen increased the bleeding and made the bruising and swelling worse.

Rigged with hidden cameras and microphones, Tia visited a spa undercover in hopes of learning more about a massage treatment at a spa that would reportedly get rid of “fat deposits riddled with cellulite dimples.” She was told the procedure was “very similar to a lymphatic massage.”

She was also told that it would help reduce the appearance of cellulite, but no treatment would get rid of cellulite 100%. Tia was immediately encouraged to sign up for 10 treatments, which at $125 each, can quickly add up. The woman also admitted that she wasn’t a nurse, but was a “medical aesthetician.” The treatment involved a machine with rollers and a suction device. Tia wore a body suit to reduce friction. When asked if there were any risks, Tia was told that heavier suction could result in possible bruising.

Tia then visited a business offering everything from manicures to “fat and cellulite reduction.” She immediately noticed an unauthorized Dr Oz logo on the door. She wanted to find out more about a treatment that, according to the spa, could be compared to liposuction, although it involved the use of ultrasound. She was told she would need 6-10 sessions to improve the appearance of her cellulite, which would cost $399 each! When she asked, she was told the treatment would 100% get rid of her cellulite, which is medically false. Even more so, the treatment wasn’t FDA-approved, despite what spa workers claimed.

Dermatologist Dr Anne Chapas wanted to make it clear that cellulite is incredibly difficult to treat and businesses are preying on the emotional vulnerability of women who are embarrassed by the dimpling of their skin.

If you look online, you’ll notice that everything from anti-cellulite leggings to patches and even pills. But do they actually work?

Dr Oz had women try each of the products and showed before and after photos to show whether they worked. All three received a thumbs-down so don’t waste your money!

Fortunately, there are two ingredients that seem to temporarily reduce the appearance of cellulite. One is caffeine so if you find a cream with caffeine listed as one of the first three ingredients, try it every day for a month and you may see minor results. The same goes for retinol creams.