To remember actress Carrie Fisher, Dr Oz was joined by Carrie’s sister, Joely. Joely admitted that Carrie’s death certainly made her start to think about her own health, but first it was her mom’s, Connie Stevens, stroke that made her realize the importance of knowing her numbers. She was at the doctor with one of her kids when she decided to check her own blood pressure for fun. She checked it over the course of a few days and was shocked by how high they were, so she went to see a cardiologist.

Joely acknowledged that because she shares some of the same genes as Carrie, there is a chance she could suffer the same fate. But she’s very cautious about her health. She hasn’t eaten meat since she was eleven, she doesn’t drink a lot, and she doesn’t smoke. 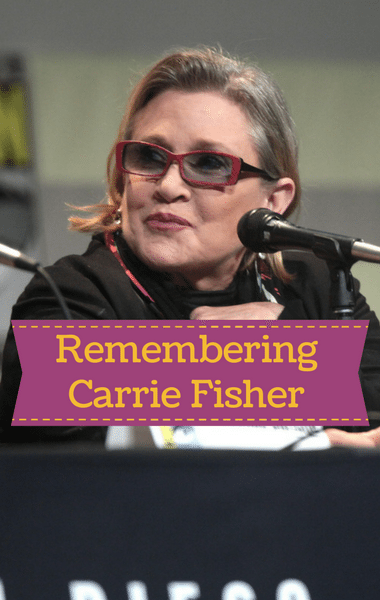 Joely Fisher explained how the death of her sister Carrie Fisher encouraged her to be more proactive about her own health. (gageskidmore / Flickr)

But it wasn’t until the day before the taping of the show that Joely got on a plane since her sister’s passing and she caught herself wondering if there was a defibrillator on the plane.

Joely shared that she also has a mitrovalve prolapse, which essentially means her “valve flaps a little more.” Dr Oz then showed the audience that Joely’s blood pressure registered at 174 right then, but before the show it was 130/96. However, 96 is still higher than Dr Oz would like for it to be. Her blood pressure likely registered higher right then because of the pressure she was feeling from being on the show. The good news is that she has started taking medication.

In addition to the medicine, Dr Oz also suggested that Joely take the following actions to help keep her blood pressure numbers low.

Joely was excited that she’s getting ready to direct her first movie and she’s also in the middle of writing her own book about her life growing up.