Max Lugavere visited the Natural Products Expo West to learn more about the more than 3,000 health foods and drinks coming to a store near you. After sharing his top three health foods from the expo, Max then wanted to share his favorite drinks, or more specifically functional health drinks.

Max explained that functional health drinks are essentially drinks that have added roots, herbs, or other compounds with bioactive properties or things that are good for you to help satiate hunger and boost your health.

Before the show, Max passed out cups of coffee with a mystery ingredient to members of the audience. Those audience members liked the coffee, explaining that it tasted slightly different than regular coffee and although it was black, it tasted like it didn’t need sweetener or creamer. One described it as tasting like a mixture between coffee and tea.

It turns out what they were actually drinking was mushrooms! The audience members were absolutely floored. Max explained that it wasn’t portobello mushrooms, but instead a special kind of mushrooms called reishi, chaga, and lion’s mane. They’ve been studied for a long time because of their ability to boost memory function and reduce inflammation as well as their antioxidant properties. Max likes iced coffee and said he’ll sometimes by mushroom coffee mix and put it over ice. 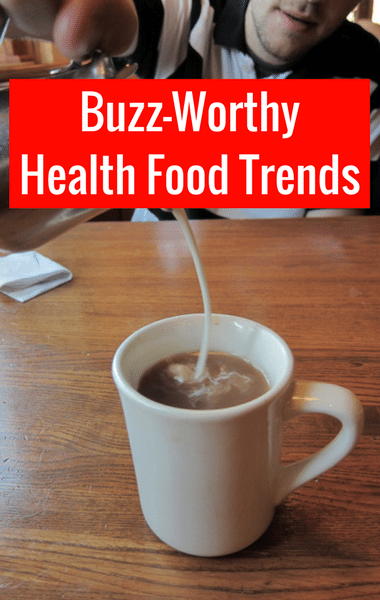 Max Lugavere visited a convention where he tried some of the best up and coming health foods and drinks. He shared with Dr Oz his top three to find out what he would think. (richmooremi / Flickr)

Next, Dr Oz looked at drinking chocolate, which is different than milk chocolate or hot chocolate but has been shown to be great for your heart while boosting your mood. Max explained that drinking coffee is to hot chocolate as espresso is to coffee. It’s pretty thick and there’s usually fewer calories. One serving has just 70 calories and the Bite Club certainly loved it, describing it as “ridiculous” and “decadent.”

Dr Oz claimed drinking chocolate was one of the best tastes he’s ever had on the show.

Lastly, Dr Oz looked at maca milk, which can reportedly help boost your energy. Maca is cruciferous root related to cauliflower or broccoli. It’s usually sold in powder form and people are now adding it to almond milk. Maca has been shown to do everything from boost libido to increase your energy. Max described the flavor as nutty while the Bite Club said it tasted more like a dessert.

Dr Oz had a little fun by bringing out the Shotsky to have two of his audience members take a shot of maca milk with him and Max.