Dr Oz: How Much Of Your Brain Are You Using

They then moved on to talk about real health myths that too many people are still believing to this day. First, was that we only use 10% of our brain. Dr Gupta explained that we actually use our entire brains, explaining that there are “big cities” inside the brain, but you also need all the “roads” to get to those cities. Most of the action is happening inside those “cities.” 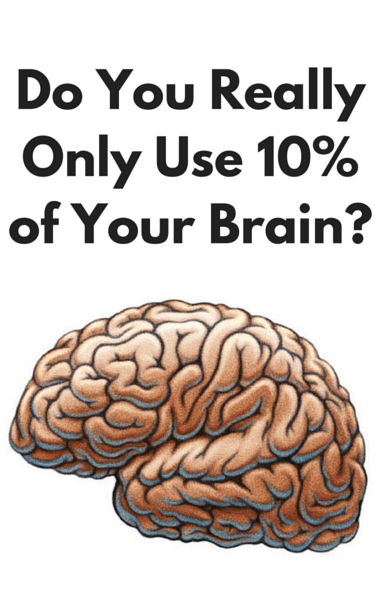 Dr Oz and Dr Sanjay Gupta tackled common health and medical myths, including the idea that we’re only using 10% of our brains. (isaacmao / Flickr)

To demonstrate, Dr Gupta had a woman make a cup of tea to show just how much of her brain was used for that simple act. Just to make a cup of tea, uses five different sections and nearly the entire brain were used! Dr Gupta further explained that there really is no left or right brain either, because both sides are pretty equally used. In fact, to use most of your brain, try dancing and singing to your favorite song!

Dr Oz: Are Potatoes Bad For You?

The next myth Dr Oz and Dr Gupta wanted to tackle was the idea that potatoes are fattening. Dr Gupta explained that potatoes are a healthy food that are relatively low in calories. Potatoes also have resistant starches, which means it doesn’t digest as quickly in the stomach or small intestine. Dr Gupta likes to chop up his potatoes and roast them with a little garlic and olive oil. One serving of potatoes is just 110 calories.

Dr Oz: Butterflies In Your Stomach

What about butterflies in your stomach? Dr Gupta explained that that feeling is typically triggered by fear or something unexpected. That causes a fight or flight response, which leads to the “quivers” in your stomach. That response also causes blood to surge elsewhere, leaving far less in your stomach, which could also contribute to the feeling of butterflies.

Dr Oz then asked Dr Gupta about the link between the brain and stomach or intestinal issues. Dr Gupta explained that your gut is sort-of your second brain, and several studies have shown that irritable bowel or other stomach issues, can lead to depression or anxiety, instead of the other way around. That leaves the possibility of treating depression by healing the gut.

Dr Sanjay Gupta then spoke with Dr Oz about an incredible science experiment that was made possible by twin astronauts. NASA is conducting the first-ever space twin study with brothers Mark and Scott Kelly. Scott Kelly went into space for a year, traveling at 17,000 miles an hour on the International Space Station. Dr Gupta had the opportunity to talk Scott.

Dr Gupta explained that conducting experiments like the one NASA is doing, gives us insight into what’s going on inside our bodies on Earth, and what we can do about it. NASA plans on looking at psychology, eye health, cardiovascular health, gut health, and aging overall.

Scott was breathing in all kinds of things while in space, because of how many things were floating around due to lack of gravity. He made not have had a cold specifically, but he felt like it because of congestion. That’s why it was more likely that Scott had allergies, instead of a cold.

Dr Oz: How Astronauts Go To The Bathroom In Space

Dr Oz was curious about how astronauts go to the bathroom in space, because of gravity. Dr Gupta explained that your body still works the same in that it squeezes out waste, but then vacuums are used to pull it away and either store it or get rid of it. In Scott’s case, scientists wanted to keep all that waste for research, to see what was going on in his gut, which meant having to bring all that poop back down to Earth. Sounds gross, but it’s true!

Speaking of gut health, to ensure you have a healthy gut, munch of Jerusalem artichokes, polenta, and blueberries.