Dr Oz did a segment on Rainforest Remedies with Lindsey Duncan.  If you have not heard of Guarana Powder, Graviola Tea or Cat’s Claw Extract, then you definitely need to read what Duncan told Doctor Oz about these remedies!

Lindsey Duncan said that Guarana is the energy herb.  It comes from a shrub that grows and produces red fruits.  Inside of the 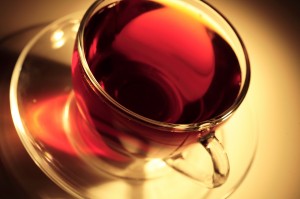 fruits are seeds that have 250% more caffeine than a coffee bean, plus they have an active compound that is found in chocolate.  This powerful energy herb comes in a powder form, which Doctor Oz mixed into juice.  You want to mix about 1 tsp Guarana Powder into a cup of juice.  Duncan warned us not to take it a night though, because you will never fall asleep!  You can find Guarana Powder for around $16 online and in stores.

Dr Oz’s next Rainforest Emedy is Graviola, which is your immune system’s best friend.  Graviola stimulates and boosts your immune system naturally.  It comes from a small fruit that looks like a green porcupine and it helps your body to fight off the flu, colds and fevers.  Duncan said that Graviola feeds your immune system and induces a fever to burn out whatever your body is fighting off.  The easiest form is to drink Graviola Tea, but Lindsey Duncan said that you have to build up slowly with this tea.  For the first week, you only want to steep the Graviola tea for one to one and a half minutes.  The next week, you can steep the tea for two minutes.  Eventually, you can build up to just leaving the tea bag in and keep refilling the cup with hot water throughout the day.  A lady in Dr Oz’s audience said that Graviola Tea tastes like Green Tea.

Doctor Oz’s final Rainforest Remedy is Cat’s Claw, which comes from Brazil.  Lindsey Duncan said that Cat’s Claw is amazing for pain and inflammation, because it allows blood to flow easily to your wounds to heal them.  Cat’s Claw clears the way for the blood that causes the healing to happen.  You can buy Cat’s Claw Extract for around $9.  Duncan said that Cat’s Claw is a climbing or creeping shrub that can suffocate trees that are 20 times bigger than itself, and that is what you want fighting bad things in your body.  Just like it will attack everything in your garden, it will attack the bad guys in your body too!