Dr Oz and Star Jones spoke about her Aortic Valve Malfunction that led to her Open Heart Surgery.  This was all part of Doctor Oz’s Women’s Health Disease Awareness (Women’s Heart Disease Risk Factors).  Star Jones got a major shock when after keeping her weight off from bypass surgery and winning her battle with obesity, she was in imminent danger of dying from a heart problem that we rarely hear about: Aortic Valve Malfunction.

Star Jones, originally known as a prosecutor and legal correspondent on television and then as Co-Host of The View, is now 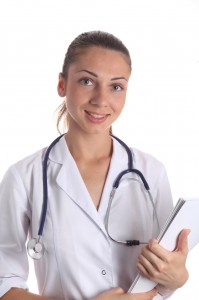 the new face of Women’s Heart Disease.  She said that in 2009 she had an emotional and trying year.  She felt very tired, had heart palpitations and shortness of breath which led her to her doctor.  He did an Echocardiogram that showed she had a buildup of fluid around her heart and that she had Heart Disease.  When Star Jones was 19, she had Thoracic Surgery, but that did not worry her since she felt she was so young.  But as Jones said, when you are 47 you really worry because you are “closer to the grave than the birth canal.”  Star Jones was diagnosed with a Defective Aortic Valve and her surgery was scheduled for a week before her 48th birthday.  If she did not have the surgery, she was told she would need a heart transplant.

Doctor Oz mentioned that it has been a year since Star Jones had her lifesaving operation, but that she did not want to talk about it right away.  She said that she had to first absorb what it meant to be the new face of Heart Disease.  She had battled obesity, going from 300 pounds down to 140 pounds through lifestyle changes and Gastric Bypass Surgery and she thought that everything was going to be just fine then.  But it is wonderful that she saw her doctor right away when she was not feeling right a year ago, otherwise she could be dead today.

Dr Oz said that the following are the most common Aortic Valve Malfunction Symptoms:

1.  Feeling tired or weak for a week or more.

Star Jones said that she had all four of these Aortic Valve Malfunction symptoms and was the classic woman in Heart Distress, but did not know it.  She did not know that Heart Disease was the number one killer of blacks, women and all Americans.  Dr Oz said that if you have any or all of these symptoms for a week, you should see your doctor.

Dr Oz got a specimen from Bodies The Exhibition to show a healthy heart that is around the size of your fist.  In the front of the heart is a valve that regulates blood from the inside of the heart to the outside, and this is the Aortic Valve.  Doctor Oz said that this is where he thinks the soul is because it is where electricity is made to pump through our heart.

Dr Oz said that your heart pumps blood to your whole body, and the valves regulate blood going in and out.  As you get older, if you have low Vitamin D levels or other heart problems, then the Aortic Valve gets stiff and blood can’t get through – this is an Aortic Valve Problem called Aortic Stenosis.  And if you are not careful, then the first symptom is Sudden Death.

Star Jones said that the American Heart Association did a survey and found that 40% of Americans believe they have a good heart condition, but the reality is that less than 1% of Americans have a healthy heart condition.  You can start to save lives today by talking about these issues and spreading the word.  Send this article to all of your friends and family and encourage each other to go see your doctors regularly.