Dr. Oz, Gary Neuman, author of The Truth about Cheating: Why Men Stray and What You Can Do to Prevent It

, Lisa Flowers and Janine Driver, author of You Say More Than You Think: Use the New Body Language to Get What You Want!, the 7-day Plan, discussed the science of why men cheat.  Dr. Oz’s 5 signs that he is cheating or that he is about to cheat cannot be missed… this information could change every idea you ever had about infidelity.  So lets learn about the question that everyone thinks about at one point: why do men cheat? 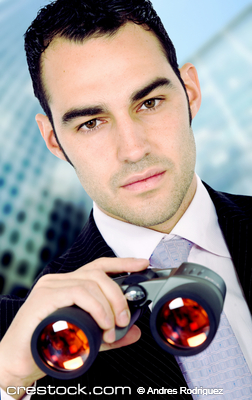 From Tiger Woods, to Elliot Spitzer to John Edwards, men cheating on their wives are everywhere in the media.  Power, money and opportunity lead to increases in testosterone, could this make men pre-disposed to cheating?  Up to 60% of men are unfaithful.  Monogomy is not found in many animals because nature inclines men to procreate with as many women as they can.  40% of all men have 1 or 2 copies of a specific gene that makes them geared toward cheating.  Most men who cheat say they aren’t looking for a conquest, but they cheat because they do not feel appreciated at home.  Do you know what profile to look for?  Does any of this worry you?… It definitely caught my attention!  These red flag indicators could save your marriage, so e-mail this to all of the women in your lives!

Dr. Oz said that over 50% of men have cheated in a relationship in their life, and we all know that rebuildin trust at that point is sometimes impossible.  In Dr. Oz’s audience, 30% of the people believe that they have been cheated on.  Gary Neuman wrote The Truth about Cheating: Why Men Stray and What You Can Do to Prevent It

, because he wanted to empower women and let them know that this is how men think.  Neuman said 48% of cheaters say they are looking for an emotional connection, 88% say the woman they cheat with is not better looking or in better shape than their wife, and 77% of cheating men had friends who also cheated.  Gary said this is a big area where men and women differ.  When women cheat, there is no corrlation to them having friends with similar tendencies.

So what is this so-called “cheating gene” that scientists in Sweden think they have found?  The potential cheating gene is called vasopressin and is released in the brain from the same section that releases oxytocin, which in women goes to the uterus to help stimulate and contract so that you can deliver a baby and have an emotional connection to the baby.  Gary Neuman said that blaming something like cheating on a “cheating gene” is dangerous, because it is like giving someone a get out of jail free card.  Men who cheat are more likely to have a dad who cheated, but there is no way to know if this is something hereditary that you are pre-disposed to or if the men end up cheating like their fathers because of the example they see growing up.

Dr. Oz brough on two guests who struggle with cheating: Randy and Monica.  One day, Randy admitted to Monica that he wasn’t being faithful to her.  Monica became involved with a support group and became empowered and was able to serve Randy with divorce papers.  Randy said that his affair fizzled after 6-8 months, and meanwhile, Monica was becoming a stronger person.  It was at this point that Randy decided he wanted to fix his marriage.  After telling Randy she didn’t want to work on their marriage twice, Monica wrote him a four page letter outlining exactly what he had to do for her to consider staying with him.  If he missed a single therapy appointment, it would be over.  Dr. Oz asked Randy what made him cheat and he said it was because he brought issues to their marriage and they could never emotionally connect.  Monica admitted that there were signs, but she kept thinking that as long as she didn’t ask, it wouldn’t be real.

5 Key Signs Your Man is Cheating:

If you feel less loved than usual, this is Dr. Oz’s first sign of cheating.

If he is becoming more critical of you or criticizes you often, this is Dr. Oz’s third sign of cheating.

If he is starting more fights with you, this is Dr. Oz’s fourth sign of cheating.

And the number one sign of cheating is if your husband or man is away from home a lot.  A woman’s intuition is really the best way to tell if a man is cheating… if you have a gut feeling, unfortunately, you are probably correct.

4 Ways to Spot a Cheater:

Gary Neuman said that only 7% of men will tell the truth if they are cheating… so how can you find out?  Janine Driver, author of You Say More Than You Think: Use the New Body Language to Get What You Want!, the 7-day Plan, gave the following four tell tale signs of a cheater:

1.  Baselining: Get a Baseline

Everyone has a certain way of acting normally, if anything changes, be aware!  For example, does your husband usually make eye contact, but now he has stopped making eye contact with you?

Look at the underlying words your husband is choosing to use when you confront him about cheating.  Does he say something like “I know you don’t believe I’m telling the truth” OR “I can’t believe you think I’m lying”?  The first one more likely means he is telling the truth, since the statement has the words “I’m telling the truth” in it.  The second one more likely mean he is lying, since the statement has the words “I’m lying” in it.  Also, beware of statements like “I know you think this is strange, but…” or “This is going to sound weird, but…”… The word “BUT” should raise flags in your mind.  Another problem is if he laughs when you bring up the topic, this is a concern since this is such a serious topic.  When you ask your husband if he is cheating, his answer should be a solid “No.”  If he says something like “I would never cheat on my wife” then the word “never” is being used to try and convince you, but why would he be trying to convince you if he wasn’t guilty?

Janine’s “Belly Button Rule” is that you face your belly button towards people you love and trust.  If you confront your husband, and he gives you the cold shoulder and turns so that his belly button is facing away from you, or if is shrugs his shoulder… this is Naval Intelligence that he is uncertain and not telling the full truth.  If his foot is wrapped around the base of the chair, he is constraining himself (this is what poker players often do if they have a bad hand, since they can’t show their real feelings on their face).  A person leans forward if they like you and what you are discussing, but if he leans away this means he wants to get away.  If he puts his arms in his lap and tries to make himself smaller, this is him trying to make the target smaller and “disappear.”

Dr. Oz had some advice out there for men who are currently cheating.  Lying to your wife or trying to convince her that she is crazy is as (if not more) torturous than just having the integrity and honesty to admit your infidelity.  So please, do not torment your wife further and just admit to her what you have done.