Dr Phil: Time Is Running Out — Did His Wife Blackmail Him?

Dr Phil had plenty of family ties to untangle when he met Sarah and PJ. These kids are in their early 20s, and they have two younger siblings. They wanted Dr Phil’s help because their father is about to go to prison for mail fraud, and their mother is an alcoholic who may be lying about her habits. In fact, her ex Pete claimed that she was blackmailing him into embezzling hundreds of thousands of dollars.

Sarah said she is afraid about what could happen when her father goes to prison, since her mother is in no condition to care for her family. Sarah thinks that her mother gave up, and she is concerned that she and her siblings will have to fend for themselves when their dad goes away to prison. PJ said his mother will need to change if she wants to continue having a relationship with him. 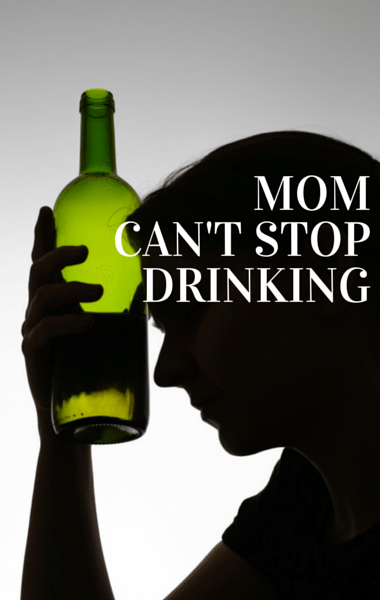 Dr Phil counseled a family torn apart by a father’s conviction for embezzling, while the mother cannot stay sober enough to get through most days. (Csaba Deli / Shutterstock.com)

Kim sees things differently. She said that she drinks on occasion, and if she has been drinking more lately, it’s because of the stress surrounding Pete’s upcoming prison stay. She thinks that her marriage has ended and her family is falling apart. According to Kim, Pete is helping to turn her kids against her.

Also, she claimed that she does not take pain medication. However, Pete’s story about his embezzlement was that she insisted he continue to take the money to support her pill habit. Kim said that Pete’s behavior continued after their relationship ended, and she thinks this proves that she was not the driving force behind the crime.

Pete had a very different version of the story. He said that Kim’s addiction grew worse over time, and eventually the family fell behind on their mortgage payments. That’s when he saw the opportunity to embezzle. He admitted responsibility for starting, but he said Kim refused to let him stop when he wanted to, threatening to turn him in if he didn’t cooperate.

An anonymous tip led to Pete being caught and held responsible for embezzling $356,000. Now he is facing a 33-month federal prison sentence on mail fraud charges. When Pete goes away to do his time, he wants to be sure that his children will be safe.

Dr Phil: Where Did the Money Go?

Dr Phil briefly explained how Pete was embezzling money. He would fraudulently bill his employer for work he never performed. It worked pretty well, adding up to nearly $360,000. Some of that money was used to pay for the mortgage, home improvements, vacations, cars, and more. However, all those items barely broke the $30,000 mark. Dr Phil wondered where the rest of the money went.

Pete said that he was paying the bills in two households. Kim was annoyed that Pete brought up her drug use again, though she admitted to spending some of their ill-gotten fortune on drugs and alcohol. However, she denied blackmailing him to get those funds. However, Dr Phil pointed out that Kim dragged her children into the middle of her mess, which Kim did not care to hear.

The couple’s son PJ joined his family onstage. Dr Phil noted that he didn’t think it was appropriate for Sarah and PJ’s younger siblings to have to participate in the taping. PJ said he is disappointed, because his mother has asked many people for money, including some of his friends.

When Kim realized that she wasn’t coming out on top, she started crying instead. Dr Phil pointed out to her that she’s obviously in over her head, and she can’t get away with playing the victim or having a self-righteous attitude. “You need to make a choice to step up and deal with your responsibilities,” Dr Phil said.

Dr Phil also revealed the results of a drug test Kim agreed to take before the show. She was negative for alcohol. But she did test positive for marijuana (which can show up for as long as 30 days after use), methamphetamines (within the past 72 hours), and opiates (in the past week). Kim disagreed with the results, crying and mumbling when she wasn’t arguing.

When Dr Phil gave Kim the floor, she admitted that she can drink too much. “I haven’t done drugs for a long time. I have no idea why those were positive,” she said of the other test results. Dr Phil latched onto her admission that she drinks too much. She admitted that it’s on a daily basis, and she spends much of her time intoxicated.

Dr Phil: He’s Going To Prison and You’re Drunk All the Time

Kim’s children told her they can tell by her behavior whether or not she is under the influence. “He’s going to prison and you’re drunk all the time,” PJ said, urging his mother to make some changes. He recalled having to intervene to prevent her mother from cutting herself on New Year’s Day. “I had to take you to the psych ward because I do not know what else to do,” he said.

PJ’s heartfelt message and Sarah’s influence are examples of someone doing good parenting in the past. Whether it was Pete, Kim, or a combination of the two, that’s something to take pride in. When Kim said she didn’t know how to deal with her problems, her son had a doozy of an answer for her.

Dr Phil: How To Deal & #Needing2StepUp

“I’m 21 years old and I know how to deal with it. You get over it. Life happens. Like every single day, there’s way more people in a lot worse situations than we are in,” PJ said, and the audience applauded. PJ said he and Sarah can take care of themselves, but he was concerned for their two younger siblings.

What did you think about the maturity and grace PJ and Sarah displayed during their visit to Dr Phil? Share your thoughts about this episode on social media using the hashtag #Needing2StepUp.

If you or someone you know is struggling to control his or her impulses, this can be one of the signs of addiction. To find resources in your area, visit the Substance Abuse and Mental Health Services Administration (SAMHSA) at findtreatment.samhsa.gov.