Dr Phil: Accusations of Beatings, Starvation and Being Locked in a Room

Dr Phil waded into the middle of another family battle by inviting Beth and her relatives to share his stage. Beth has terrible memories of her childhood, thanks to the abuse she says her mother Cecilia put her and her siblings through. Now Beth is 22, and she has new beef with her mother, whom she says is stirring up trouble in Beth’s life. However, Cecilia’s defense is that Beth is twisting the story. Would Dr Phil be able to dig deep enough to uncover the truth?

According to Beth, her childhood was like “a house of horrors,” including beatings with a belt and having socks stuffed in their mouths for screaming or crying. Beth also recalls being locked in a room without food, water, or access to a bathroom. As a result of various abuses, Beth claimed she would sometimes resort to drinking water from the toilet because she was so thirsty. 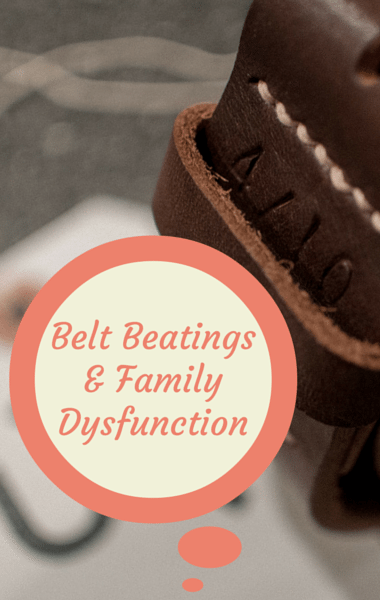 A self-proclaimed ‘sick psycho’ mother was confronted by her adult daughter on Dr Phil about a childhood of dysfunction, abuse, and neglect. (psigrist / flickr)

Beth also said that she reported her mother to Child Protective Services (CPS), but that her mother managed to wriggle out of the accusations every time. Now Beth says she just wants closure, while Cecilia continues to deny the allegations, pointing the finger back at her daughter for her rage and manipulations. Cecilia claimed that she locked her bedroom door at night for fear of what Beth might do.

In her pre-interview, Cecilia said that she did the best she could as a parent. She recalled spanking the kids with her hand or a flat sandal. However, she admitted that the belt was used as a serious punishment. While being spanked, the children had to say, “Thank you, Mother. May I have another?” Looking back, Cecilia classified herself as a “sick psycho.”

Before they faced one another on Dr Phil, it had been two years since Beth spoke with her mother. Cecilia was already on the defensive by the time she took a seat across from her daughter. Cecilia said that she does believe in spanking, and she was raised in a very violent home. She recalled being burned with cigarettes as punishment.

“You beat us. You beat all of us,” Beth said, prompting a response from Cecilia that cannot be reprinted here. Later, she called her daughter a liar. Dr Phil jumped in to point out that Cecilia was not taking advantage of an opportunity to patch things up with her child. “This little girl has put my entire family through hell,” Beth said in her defense.

Dr Phil also spent some time illuminating text message exchanges between Beth and Cecilia. Cecilia was not shy about attacking Beth’s father and paternal grandmother in these messages, and she even called Beth “useless,” among a barrage of other insults. “That’s your idea of parenting?” Dr Phil asked. Beth’s defense was that Cecilia conveniently deleted the text messages that made her look bad.

“You treated me like crap,” Beth said. “I want nothing to do with you,” Cecilia said, promising to walk away from this relationship after having it out on Dr Phil’s show. Dr Phil shared more text messages, in which Beth called herself a better mother than Cecilia for not being her son. Cecilia responded by saying that God has been continually punishing Beth for her sins. Finally, she called her daughter a “loser” while telling Beth not to contact her again.

Cecilia eventually denied to Dr Phil that she was responsible for beating her children. Dr Phil also roped Tiffany, Beth’s sister, into the confab. She was a good addition to the conversation because she supported claims made by both Cecilia and Beth.

Even if you narrow the scope of the conversation to the things that Cecilia, Tiffany, and Beth agree on, it still sounds like it was a bad situation. After a semantic disagreement about spankings versus beatings, Dr Phil said the bottom line is there was some abuse in the childhood home.

“This is so beyond a sick family dysfunction, I can’t even tell you,” Dr Phil said. Everything from haircuts to hot sauce may have been a part of family punishments. Dr Phil also informed an incredulous Cecilia that forcing her kids to do push ups as punishment qualifies as abuse. Even now that her daughters are grown, Cecilia is still a negative influence, at least in Beth’s case, sending her vile and discouraging messages.

Though Tiffany has chosen forgiveness so she can let go of her painful past, Beth and Cecilia seem to be locked in a bitter war. Dr Phil suggested that they work on choosing forgiveness so that everyone can move forward and create a brighter future. Have you ever faced the option of forgiveness in a long-simmering family battle? Share your story by leaving a comment, or speak out on social media with the hashtag #Working2Forgive. For more advice, look for Dr Phil’s book Life Code: The New Rules for Winning in the Real World.