Caroline and Sonny have been married for three years, and that time sounds like it was very busy. In addition to their problems with emotional and physical abuse, things came to a head when Sonny slept with Caroline’s sister, Ashley. Amazingly, the couple still wants to work things out, but if I were Ashley, that would be the last thing on my mind.

Caroline recalled more than 20 instances where the police had to be called because of their arguments. Sonny has kicked in two doors, and Caroline said he tackled her when she was pregnant. Last year, her sister Ashley moved in and things got worse. Though Sonny and Ashley agree that he slept with her, they have different accounts of what happened.

Dr Phil: Pattern of Behavior in a Relationship 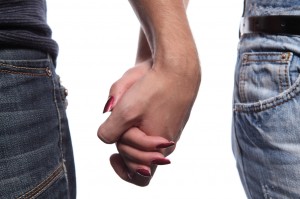 Dr Phil counseled Caroline and Sonny, married parents with a tumultuous history. Can this marriage be saved after he slept with her sister, Ashley?

According to Sonny, Ashley was an active and consenting participant in their affair. But Ashley claimed that she simply woke up to find a strange man in her bed. When she realized who it was, she became very upset. Though she initially felt guilty, now she says that Sonny is solely to blame for the incident.

Dr Phil confronted Caroline with some patterns of behavior from the couple’s tumultuous relationship. He wanted to remind her that you can predict someone’s behavior based on how that person has acted in the past. The couple got together in July 2012, and a short time later, she said he pulled his hair.

Caroline left after that incident, but when she returned, Sonny proposed marriage. They tied the knot, but they got into a fight during their honeymoon, and he left her stranded without money or transportation. Instead of cutting ties, Caroline got pregnant. When she needed to go to the hospital due to complications, Sonny did not want to go along because the two were fighting at the time.

Dr Phil also recounted a physical fight between the couple when Caroline was six months pregnant. Their daughter was born in August of 2013. By December of that year, Sonny quit his job and was arrested for domestic violence. In early February, she claimed that he threw her to the floor. All of this transpired prior to Ashley entering the picture.

Dr Phil: He Slept with Her Sister

Ashley and Sonny came face to face on Dr Phil’s stage. Sonny’s version of the story is that he ran into Ashley when they were both on the way to the bathroom. But according to Ashley, she had no idea what was going on until she woke up with Sonny in her bed. When she realized the situation, she ran out of the house and into the back yard.

Sonny remembers the encounter as being much more friendly. He claimed that Ashley laughed and put her pants on after observing that Sonny was not her boyfriend. He joined her outside, and before long, Caroline was around as well.

Dr Phil: Was Ashley Blacked Out Or Is She Lying To Cover Her Tracks?

Dr Phil poked holes in everyone’s version of events surrounding this sad story, never quite settling on any particular account as the whole truth. “When I came to, I was in shock and I ran,” Ashley said. “I didn’t know what to do.” Her defense is that she drank so much that she did not know where she was when she came to.

Now that everyone knows what happened in the past, the question becomes whether anything can be done about it. Dr Phil asked Caroline whether she wanted the marriage to work. “A part of me does,” she said.

Dr Phil: Can This Marriage Be Saved?

What does Sonny think? He said he no longer wants to hang in there. “I thought there was a chance that we could live through this,” Sonny said. Since the incident with Ashley will always cast a shadow over their marriage, he does not believe he can win.

Sonny told Dr Phil that the facts presented on the show were one-sided. “You guys paint me as a bad person,” Sonny said. Caroline was crying as she begged for the fighting to stop, for the sake of the children if nothing else.

Infidelity is a timeless obstacle that threatens relationships. But Dr Phil has said in the past that it does not have to be the end of a union. Moving forward requires the efforts of both parties. If you were cheated on, you should know that it was not your fault and consider where you would have to draw a line to protect yourself against future bad behavior.

If you were the cheater, you should take responsibility for your actions. Start by cutting off contact with the other person. Then focus on how you can repair your existing relationship and support your partner in getting through the emotional damage created by the affair. This is also a time when many couples might benefit from marriage counseling.

Share your thoughts on cheating in relationships, or about Caroline, Sonny, and Ashley, on social media using the hashtag #CoupleNCrisis.