Dr Phil: I Hear Voices In My Head, But I’m Not Mentally Ill

Dr Phil met with a man named Nick who has been hearing voices in his head over the past three years. Though his family thinks this is a symptom of mental illness, Nick has another theory. The voices he says he hears are violent and threatening. “They have a predator machine that’s capable of letting them know my thoughts,” he said.

But Nick’s family members have grown increasingly concerned about him as this situation has continued. His parents, Rise and Kelly, joined his sister Jenna in worrying that he may be struggling with a mental health problem. However, Nick says the truth is the voices come from a microchip implanted in his body. 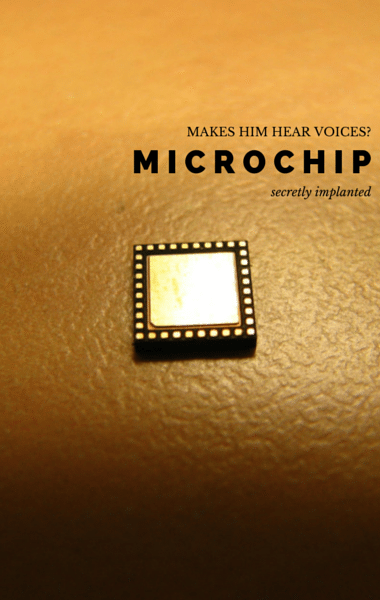 Dr Phil met with a man named Nick, who has been hearing voices in his head for the past three years. He thinks this is evidence of electronic harassment. (fdecomite / flickr)

According to Rise, Nick is obsessed with his theory and has spent countless hours researching it. Kelly just wants the Nick they used to know to return to the family. Have you ever struggled with a family member who couldn’t see that they needed help?

Nick spoke to Dr Phil about electronic harassment. He suggested that hackers can use government satellites to put voices in your head. Nick said that he was drugged by a family friend and woke up in a hotel room one week later, which could have been when a microchip was implanted in his body. He is not sure which of these theories explains what happened to him.

Nick said that the family friend had a military background, which could mean he was involved in whatever happened to him around the time that these voices began. Dr Phil was very patient about Nick’s explanations. Why would someone want to target Nick for this type of harassment?

About 18 months before the chip was implanted, Nick recalled seeing two shadowy figures outside his home. He admitted that he did take drugs before seeing this sight. Nick insisted that he is not mentally ill. Dr Phil wondered how he can know that. “I’ve done a lot of investigating on what it takes to be that way,” Nick said. “I would rather be that. I would rather have Schizophrenia. It wouldn’t hurt near as bad as somebody intentionally putting voices in your head.”

Dr Phil: What Do The Voices Want?

The voices, Nick explained, have threatened to kill his family. “They think they’ve got control of me,” he said. What has been accomplished over the past three years? Nick said he understood the question, but he did not have a good answer. He said his attempt to buy off the voices by leaving $20,000 in his mailbox. But no one ever came to pick it up.

Dr Phil: Pulling a Gun on His Sister

Jenna, Nick’s brother, said that his problems with anger predate his hearing voices. She recalled witnessing her brother using cocaine. During one terrifying incident, he began to kick out the windshield while Jenna was driving the car down the road. When she tried to park the car and walk away, she said Nick threatened her with a gun. “I honestly didn’t know if he would pull the trigger or not,” she said.

Onstage, Nick said he had no memory of that incident with Jenna. He admitted that he does have a problem with anger that has gotten worse since the voices began. Dr Phil suggested that Nick’s drug use may have been a contributing factor in some of his past problems.

Psychotic Disorders often involve Hallucinations and Delusions in which a person is seeing, hearing, or believing things that are not true or real, like voices or visions. But these can also be symptoms of other health problems.

If you or someone you know needs access to resources, visit MentalHealth.gov and use the Treatment Locator tool to find help near you.