Dr Oz: Is An Aspirin Regimen Right For You?

Dr Oz dedicated an entire show to heart health and prevent cardiovascular disease. After hearing about a woman who took an aspirin while waiting for the ambulance after recognizing heart attack symptoms, Dr Oz wanted to shine a bigger light on aspirin. An aspirin regimen isn’t right for everyone, so is it right for you? Dr Holly Andersen, a cardiologist, explained that the government recommends high-risk adults between the ages of 50 and 60 take a low-dose aspirin every day.

Aspirin helps thin your blood which is important for those who may have arteries putting their health at risk. If you’re over the age of 50, you can benefit the most from an aspirin regimen because that’s when cardiovascular disease is more likely to occur. If you have a family history of heart disease or colon cancer, you could also benefit from an aspirin regiment to lower your risk of both. If you have diabetes, high blood pressure, high cholesterol, or are a smoker, you’re also more at risk, which means an aspirin regimen could be right for you. 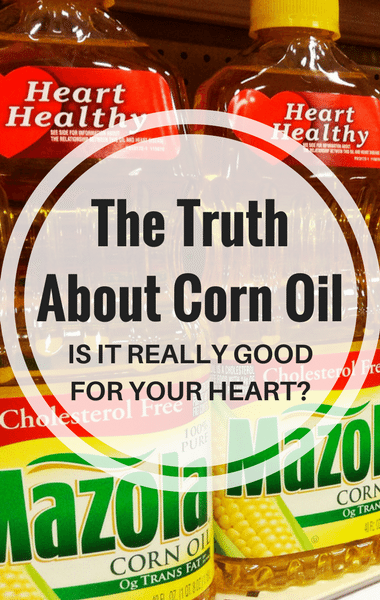 There’s a good chance you’ve been told vegetable oil isn’t exactly the best for your health, but Dr Oz had some surprising facts about corn oil that just may change your mind. (jeepersmedia / Flickr)

For most patients, doctors will typical prescribe 81 mg per day, but talk to your doctor before you start taking aspirin regularly.

Dr Oz: Is Corn Oil Good For Your Heart?

Then, Dr Oz wanted to set the record straight on one of the most versatile cooking oils available and whether it could be what you’ve been needing to improve your heart health. He put a poll on his website to find out what his viewers thought about corn oil and found 62% believed corn oil isn’t heart healthy.

Dr Oz first wanted to explain what plant sterols are. They’re molecules found in fruits and vegetables that have a structure similar to cholesterol. Asparagus, oranges, carrots, and similar foods are loaded with plant sterols, but one tablespoon of corn oil contains as many plant sterols as a cup each of one of those foods. Additionally, plant sterols in corn oil can potentially help block the absorption of bad cholesterol.

Dr Oz then wanted to compare corn oil to other oils used in cooking to see how it would measure up. In comparison, butter is higher in saturated fat and animal fat has nearly twice as much saturated fat. When compared to soybean oil, soybean comes out on top again. So would you consider cooking with corn oil now that you’ve learned more about its benefits?