Dr. Oz has a great episode on May 5, 2015, trying to help a family torn apart by disagreements over health and what the youngest children of the family should be eating. Check it out below! 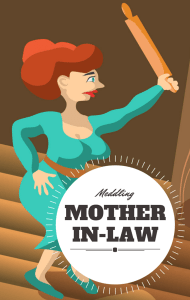 Dr. Oz will talk to a meddling mother-in-law on May 5, 2015, who won’t stop giving her grandson cookies despite her son-in-law asking her not to. (kaaaaaatik / Shutterstock.com)

Dr. Oz will try his hand at settling a family dispute on May 5, 2015, even though he’s a cardiac surgeon and not a psychologist. I guess Dr. Phil was busy.

It turns out that one mother-in-law won’t stop breaking her son-in-law’s rules about what she should feed his children. It’s unclear how the mother feels. But this family is so angry over this issue, they’re at their breaking point.

In the preview for this episode, the father revealed the child is a diabetic and he didn’t want her giving him cookies. This is a very reasonable point, but the mother-in-law is apparently unwilling to see that.

In some families, differences in parenting style between grandparents and parents can result in delightful discrepancies. For instance, your grandparents might sneak you a little dessert before dinner or let you stay up late to watch Bond movies when you’re in their care. That’s what my grandparents did.

But in this case, the mother-in-law appears to be going way outside of her purview as the grandma and is actively hurting the child with her kindness.

But that’s just my perception from what the preview said. Who knows what will be revealed on Dr. Oz?