The popular chain restaurant Subway came under fire after Canadian Broadcast Company, CBC, claimed their lab tests showed Subway’s chicken wasn’t all chicken. So if it’s not all chicken, what else have consumers been eating? Dr Oz and his medical team conducted DNA tests on chicken from several fast food restaurants to get to the bottom of the rumors and find out: what’s really in Subway’s chicken? 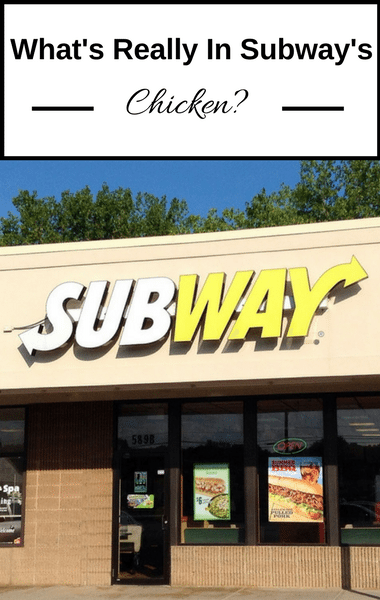 Subway recently came under fire after a report claimed their chicken was only 50% chicken. Dr Oz got to the bottom of the rumors to find out the truth. (jeepersmedia / Flickr)

After conducting a test in an independent lab, a Canadian broadcasting company claimed Subway’s chicken had a lot less chicken in it than we would want. Not surprisingly, news outlets quickly picked up on the news and spread it like wildfire, causing quite a bit of backlash for the popular fast food sandwich chain. Dr Oz welcomed a representative for Subway who was ready to defend his company’s product.

Dr Oz then had his medical team collect chicken samples from nine popular fast food chains so they could test their DNA in a certified food lab. What did the results reveal? Click the link below to find out.