Dr Oz predicted how old you will be when you die with a Life Calculator and introduced us to an unhealthy man named Jay who is 43 years old and is only predicted to live to the age of 57.  However, Doctor Oz brought on three doctors: Dr Lori Mosca, Dr Mark Hyman and Dr Robynne Chutkan to give everyone three secret weapons to live longer and add years or decades to your life.

Dr Lori Mosca said that Jay’s root cause of his health problems stems from his obesity.  He loves to eat beef and be in BBQ competitions, but all of these 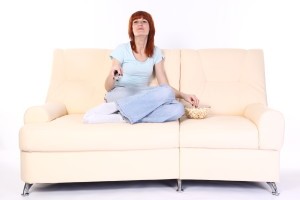 Dr Mark Hyman told Jay that he is essentially Pre-Diabetic and that he has to reboot his system, much like we reboot computers.  He should eat protein at every meal and eat small frequent meals with fiber during every meal.  He should eliminate sugar, processed foods and junk food.  This includes BBQ Sauce, which is just another form of sugar.  Dr Oz said that there are the equivalent of 66 cubes of sugar in a typical bottle of BBQ Sauce, so it is basically like candy.  Use spices instead to flavor your food.  Dr Hyman also suggested taking Chromium, Fish Oil and Glucomannan to help with the Pre-Diabetes.  The Glucomannan Capsules, when taken before a meal, reduces the sugar and fat that gets into your body and helps you to feel more full.  Dr Oz told Jay that if he can lose 70 pounds, he can add 8 more years to his life!

Dr Robynne Chutkan told Jay that having Barrett’s Esophagus means that he has a Pre-Cancerous Condition of the Esophagus.  It is not just heartburn and the associated symptoms that are the problem.  The good news is that Barrett’s Esophagus is reversible still at the point that Jay is at.  But he must cut out the alcohol, not just cut down on it, until his body gets back into equilibrium.  Dr Oz said that when Jay’s body gets back into equilibrium after eating healthy, not drinking, and exercising for a whole month, then he can slowly start to reintroduce alcohol but just one drink a day at the most.  Doctor Oz said that if Jay does this, he will add another 7 years to his life.