Dr Phil took on the troubles of another American family when he brought Marsha and Brooke to the show. Marsha is Brooke’s mother, and in the past she also won custody of Brooke’s sons, due to what Marsha sees as her daughter’s drug-fueled, dangerous life. However, Brooke says that Marsha is making it difficult for her to clean up her act and get the family back together, especially since she thinks her mother is abusing the boys by punishing them in extreme ways.

Brooke had some very colorful adjectives to describe her mother, calling her “conniving and evil” and “a monster.” She also claimed that Marsha has gone out of her way to make Brooke look bad, and things got so out of hand that Brooke eventually left town. According to Marsha, she only badmouths Brooke behind closed doors (unless you count international television, I guess), and her daughter left town to be with a man she had just met. 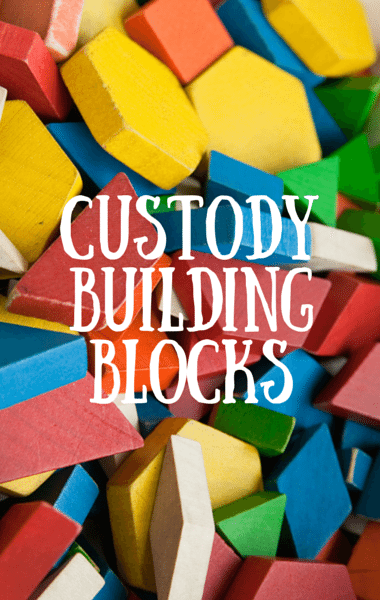 A feuding mother and daughter both got advice they probably didn’t want to hear from Dr Phil about their priorities and an ongoing custody battle. (stevendepolo / flickr)

Brooke also thought that Marsha was attempting to alienate her from her own children by telling them that Brooke does not love them. She compared visiting the kids at her mother’s house to visiting someone in a prison. Marsha complained that Brooke is inconsistent about following through on visitations.

Brooke thinks her mother is a narcissist, and Marsha thinks her daughter abuses drugs and is an unfit mother. While Marsha claims she moved in to protect her grandchildren, Brooke suspects that her mother orchestrated the custody arrangement to break up her family. Marsha told Dr Phil’s team that Brooke will get more visitation privileges if she cleans up her act.

It seems safe to say there is no love lost between this mother and daughter. But maybe bringing in another witness could help to clarify some things. Vera, Brooke’s stepmother, reported that the boys have to spend a lot of time in a cold, dank, smelly basement room at Marsha’s house. “You are a liar,” Marsha said. “You call yourself a Christian? Well, you’ll be visiting the devil.” Then Marsha went off on a rant about Brooke’s father, who is now Vera’s wife.

Marsha continued to lash out, saying that Vera’s husband has been married seven times. Unfortunately for Marsha, it seems like this one worked out, because Vera proudly announced that they have been married for 27 years, so it seems like the facts are on her side. “This is your third marriage, and you weren’t a great mother, so don’t judge me, girl,” Marsha said.

Vera pointed to Marsha’s belligerent behavior onstage as an example of what the boys may be dealing with on a daily basis. Dr Phil even got the man of the hour, Carl, in on the conversation via telephone. I got the sense that he is used to this nonsense being a part of his routine.

“If you truly have these boys’ interests at heart, then I would prescribe to each of you a very simple plan,” Dr Phil said. At first, his advice was directed to Marsha, who he said should embrace transparency, while making her daughter’s health a priority.

He also called on Marsha to support Brooke developing a healthy relationship with her children. Dr Phil pointed out that the boys will end up resenting Marsha if she doesn’t encourage them to spend time with their mother. Overall, Dr Phil suggested that the family needed to come back together. Lastly, he broached the topic of forgiveness, which in this scenario would have to be a two-way street.

Dr Phil: Demand the Right to Be a Mother

But what about Brooke? She wasn’t going to get off easy. Dr Phil also had a list of recommendations directed at her. His first priority for her was that she get clean and healthy. “You need to get yourself back on solid ground,” he said.

In the #2 position, Brooke should focus on what’s best for her children. The next step from there would be to take steps that will make her look good in the eyes of the court as a parenting alternative. After that, Dr Phil advised her to move back to the area and begin to phase back in to her kids’ lives, eventually becoming an active co-parent.

Finally, Dr Phil told Brooke to “command rather than demand the right to resume the role as a full-time mother.” As for the name-calling, finger-pointing, and decades-long battles, it’s time to put a stop to that, because the people who wind up dealing with the consequences are Brooke’s children, and that is not fair.

Maybe Dr Phil’s straight talk will help put an end to this #MotherDaughterWar. Share your thoughts by leaving a comment or spreading the story via social media. Here are a few thoughts to consider if you or someone you know is involved in a custody dispute.

Don’t burn bridges. Try to keep the child’s routine as normal as possible, and keep in contact with extended family members.

Resist using your child as a pawn or a weapon if you are going through a divorce or separation. Don’t withhold visits or badmouth the other parent. It only hurts your children in the long run.

Follow the rules. Make sure you know, understand, and follow through on any court orders regarding the custody situation, no matter what.

Don’t place your child in the middle by asking a lot of questions about what goes on outside your home. Give the other parent the benefit of the doubt that your child is being taken care of when he or she is not with you.

Be prepared to abide by what’s best for the child. Know that this may not be the custody decision or arrangement that is most convenient for or desirable to you.

As always, contact an attorney or professional in your area for advice that is specifically appropriate to your situation.