Even though Jennifer and her husband Freddie were divorced four months ago, she turned to Dr Phil because she thinks he is having trouble letting go of their relationship and moving on with his life. She had plenty of accusations to make about his behavior, but was there more to the story? Jennifer and Freddie were both guests of Dr Phil to sort this out.

According to Jennifer, Freddie’s stalking activities have included driving by her house, calling countless times, and even going through her belongings, all while accusing her of sleeping with other men. But since she is now divorced, she has no one to cheat on. Freddie has denied Jennifer’s claims and he attributes her behavior to a struggle with prescription drugs. 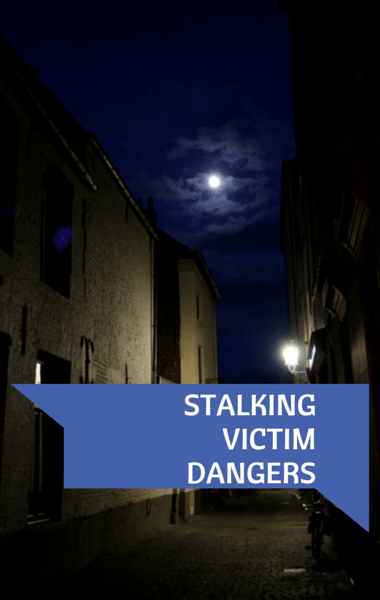 Have you ever dealt with Stalking in your personal life? Dr Phil counseled a divorced couple having trouble establishing new boundaries now that the relationship is over. (bfsminid / flickr)

Jennifer admitted to abusing pain pills, but she pointed the finger right back at Freddie, blaming him for driving her to a drug habit. Initially, she was prescribed pain pills after a car accident. Now she admits that she is abusing them as a coping mechanism. She also said that Freddie buys her pills on the street when she runs out of her prescriptions.

For Freddie’s part, he claims he never wanted to be divorced and he is determined to give his relationship with Jennifer every possible chance. Freddie said that her pain pill addiction has made her behave out of character, and he thinks that she is not exercising good judgment. Even though they are divorced and he is living out of the home, Freddie said he is still supporting Jennifer and the kids just as much, even having someone cook for them.

Jennifer has made a lot of wild claims about Freddie’s behavior, including claiming that he was controlling during and after the marriage. She also said he climbed in a window at the family home after the locks were changed. He did admit to having an outburst and citing his wife’s bikini area as the problem in their relationship, in front of a young child.

Jennifer recalled doing that and admitted that he was in the heat of the moment. What about his accusations that she is now with other men? Dr Phil pointed out that they are divorced, so she can see anyone she likes. But according to Freddie, Jennifer has never told him to get lost (though you’d think the divorce paperwork might have been a hint).

Freddie said he believed he was a guest on Dr Phil to help his ex-wife get help for her addiction to pain pills, which probably means he was tricked into coming on the show. “I didn’t have any idea that this is what this show was going to be about,” he said. If your life has gone so far off the rails that Dr Phil seems like the solution, I hope that things turn around for you soon!

Dr Phil wondered aloud whether Jennifer is giving Freddie mixed messages. Based on the evidence and his read of the situation, it seemed like the answer might be yes. I’m not sure I would trust Jennifer’s opinion on much of anything. “I think you call him for money,” Dr Phil said, though Jennifer denied this. She suggested that his support of the family was part of a court agreement.

As you might imagine, all this chaos is taking its toll on the ex-couple’s two children. Their 6-year-old wrote down some thoughts about her parents, which Jennifer later uncovered. She gave it to Dr Phil, and he shared it with the world. Supposedly this took place in the hotel room during the family’s trip to Dr Phil.

Dr Phil shared a portion of the note, in which the child listed the names of people she loved. However, the second part was about things she hated, and that list included Dad. Both parents teared up as Dr Phil read the brief but damning words of a child. “It’s sad to know what she sees,” Freddie said about his daughter.

“At 6 years old, this little girl’s heart should be filled with joy and laughter,” Dr Phil said. “And the two of you have not orchestrated things in a way that that’s what she feels.” Hopefully Jennifer and Freddie can negotiate an arrangement that works better for them both. Share your thoughts about this episode by leaving a comment. You can also weigh in via social media using the hashtag #TroubledRelationships.

Though Jennifer and Freddie’s situation might have been more about mixed messages and misunderstandings, Stalking is a very real and serious threat for many. It is estimated that 7.5 million people are stalking victims each year in America. Though the laws vary by jurisdiction and each case can be unique, there are resources available. If you need help learning more about what to do if you, a friend, or loved one is being stalked, get started at the Stalking Resource Center from The National Center for Victims of Crime.