Diet ice creams seem to be all the rage this summer, but are the low-calorie treats really all they’re cracked up to be? The average American will consume ice cream about 29 times this year, which is actually down 45% compared to 25 years ago. But it’s no secret that plenty of dieters are still clambering for a double scoop, so what’s the deal with those no-calorie, low-calorie, and reduced calorie options? What about the dairy-free options? It turns out sales for the “healthier” ice cream has increased 20% in the last year alone!

Dr Oz brought in nutritionist Keri Glassman to look at the calories and ingredients of various popular ice creams, while Joanna Saltz and her “Delish” team would be judging the flavor and texture. Joanna knows all too well that ice cream lovers want to feel like they’re eating good but they want it to taste like they’re being bad.

First, Dr Oz and Keri took a closer look at low-calorie ice creams that clock in at under 300 calories. According to Keri, this trend has caught on because ice cream manufacturers knows that we have all overindulged on ice cream.  That’s exactly why manufacturers have created low-calorie options and then advertised the surprisingly low calories for the entire pint right there on the package. 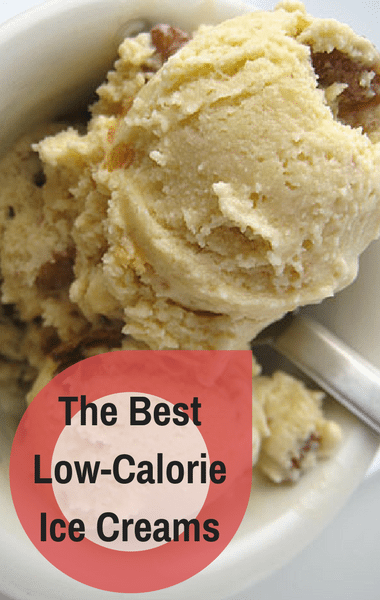 When it comes to low-calorie ice cream, which brand reigned supreme in terms of both flavor and texture? ([email protected] / Flickr)

Dr Oz: How Low-Calorie Ice Cream Is Made

As for how they’re made, they both start with skim milk. Traditional ice cream has cream added in. But low-calorie ice cream uses milk protein concentrate which is a concentrated form of the protein. That’s why there’s more protein but less sugar and less fat. But because the low-calorie ice cream doesn’t have the thick texture without the cream, a thickener has to be added. Some will use xanthan gum, but others may use carrageenan which should be avoided because it has been linked to cancer and GI damage.

Additionally, a lot of companies will add erythritol, which is a natural sweetener with zero glycemic index. It’s absorbed in the small intestine but then it’s excreted so it doesn’t affect blood sugar. Overall Keri wasn’t all that worried about the added ingredients.

But which brand makes the tastes low-calorie ice cream? Joanna and her team paid close attention to mouthfeel, meatiness, and flavor. Lindsay Funston, Deputy Editor at “Delish” explained that mouthfeel is important because you want an ice cream that is creamy and didn’t feel too much like a sorbet. They seemed to lean more toward Halo Top Ice Cream because it scoops like an ice cream. The vanilla variety is just 240 calories per pint. Enlightened Vanilla seemed to lack flavor but was super creamy. They tried Arctic Zero vanilla as well, but they absolutely loved Halo Top!