Dr Phil: My Son Just Wants To Game All Day

Most people have hobbies they enjoy during their free time. But what if you had an interest that was taking over your life? That was the case for 23-year-old Justin, a guest on Dr Phil. His mother turned him in because his addiction to video games has dramatically altered his life. He is not taking care of his health, can’t keep a job, and dropped out of college, all because his gaming habit consumes his time.

Justin regularly plays video games for 16 hours a day, sometimes even playing for 30 hours in one sitting. Sarah, his mother, is concerned that Justin has lost 50 pounds because he is not even eating while playing games. Graham, Justin’s stepfather, thinks that Justin would have turned to another outlet if he couldn’t escape into video games. 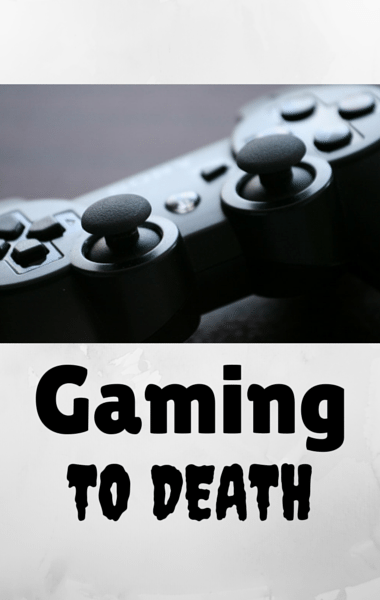 Could the activity a young man loves most be slowly killing him? Dr Phil talked about the potential traps of gaming addiction and its effects on the brain. (wlodi / flickr)

“I enjoy gaming more than I enjoy life,” Justin said. “Gaming is simple and rewarding. People care about me there more than in the real world, and I’m good at it.” He admitted that he has turned down opportunities to succeed in real life. But it’s a vicious cycle, because realizing the things he has missed out on only makes him more committed to his virtual world.

Justin said that he sometimes smokes marijuana while playing because he feels that it enhances the game experience. For more variety, he has changed his online gaming characters from male to female. Despite his reputation and success, he said he is not optimistic that he can make a career as a professional gamer. “I’ve been living online for the past 10 years,” Justin said.

Justin sat onstage with Dr Phil to talk about his perception of his own problem. He thinks he is unmotivated to achieve in the real world and leave behind his virtual reality accomplishments. Dr Phil said that his gaming habit is not all bad. His feelings of achievement are still worth something, even if they are not readily visible to others. Dr Phil compared it to the intangible experience of climbing a mountain.

Dr Phil pointed out that Justin is ranked as a top 20 player worldwide, which is definitely an accomplishment. However, Justin has yet to find similar satisfaction in pursuits outside of gaming, and now he feels like it is too late to catch up in the real world. So what has he missed out on? Justin said he thinks his peers have passed him by.

Dr Phil turned to Sarah and wondered why she did not step in to address Justin’s video game habits earlier on. He has been enjoying marathon gaming sessions since as young as age 8, but obviously she could not have anticipated that it would lead to this. Justin said he feels guilty because he knows his mother is worried about him. “I just feel myself falling apart. My body just can’t keep up with the lifestyle I’ve been living,” Justin said. He feels his gaming addiction is slowly killing him.

Dr Kenneth Woog, a clinical psychologist, was in the audience to offer some perspective. There is some professional debate about the legitimacy of video game addiction, but Dr Woog called it “a real phenomenon.” So what happens to someone who is addicted to video games?

“There’s a reward center of the brain, and that part of the brain is activated when we experience pleasure,” Dr Woog said. The same reward pathways light up in the brain for addicted gamers and drug users. “We see the same results and it’s clear they can’t quit on their own,” he added.

Dr Phil suggested that Justin’s marijuana use could be compounding these problems. All of it is a way of avoiding the challenges of the real world. But Dr Phil’s guest list also included others who have found healthy ways to incorporate gaming into their lives.

Linden Lab’s Ebbe Altberg joined the conversation to share some of the positive things that have come out of virtual reality experiences like Second Life. College chemistry lessons, new opportunities for disabled players, and user-created experiences can bring people together in exciting ways.

Yoshi, age 27, works full time and is also able to balance his gaming interests. Sometimes he will get up early before work to enjoy some gaming. Both of them are also enjoying successes in life outside the gaming world. However, Dr Phil said that it was unlikely that Justin would be able to get control of his addiction and move forward in his life without outside help.

Is there something in your life that you are using to escape the demands and challenges of the real world? If gaming or another habit has changed your relationships, affected your work life, and become the center of all activity, don’t be afraid to ask for help getting back on track. As Yoshi and Dominic proved, gaming can become a fun part of a healthy life.